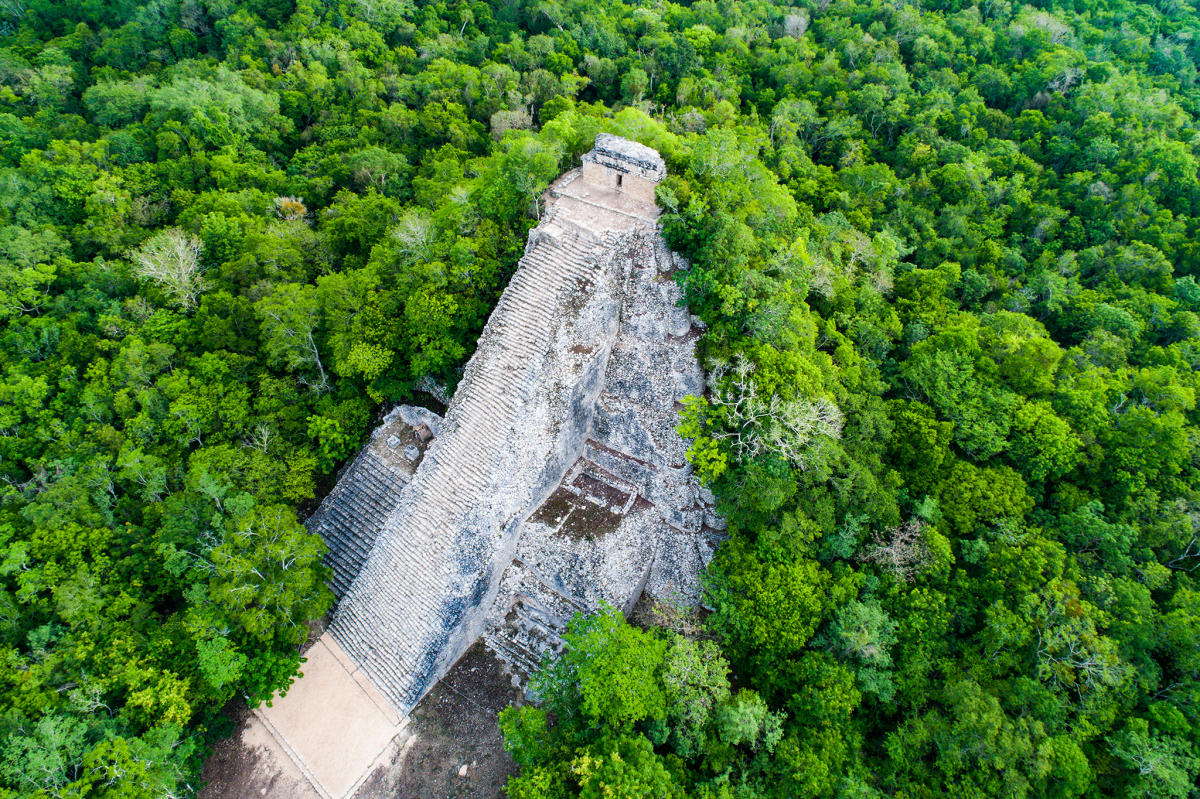 E-mail
1 / 4
2 / 4
3 / 4
4 / 4
The city of Cobá developed near five lakes that were a fundamental factor for its development and subsistence. With approximately 70km2 of extension, the city was communicated by large stone roads, known in Mayan language as sacbé (white road), of variable length and width. The longest of them with 100 km, reaches the site of Yaxuná, very close to Chichén Itzá. The habitants of Cobá who did not belong to the powerful class, lived in the surroundings of the city center, in houses very similar to those of the modern Mayans. The evidence of the first recorded human settlements is between 100 B.C. and 300 A.D., when we believe it consisted of a series of villages located near the lakes, whose economy was based on agriculture and hunting. Already between 300 and 600 A.D., Cobá developed centralizing the economic and political power, controlling several nearby villages. The internal communication routes and towards other towns and regions, constituted by more than 50 roads, were built between 600 A.D. and 800 A.D., moment in which most of the stelae of the site were also built. The constructive peak of the city occurred between 800 and 1000 A.D., when the road network was expanded, new buildings were constructed and its relations with the Gulf Coast were strengthened, while they decreased with the Petén region. Its hegemonic strength began to weaken between 1000 and 1450 A.D., when it received new influences from more "Mexicanized" groups. A new architectural style was introduced and incorporated into the existing constructions and most of its sculpted monuments were relocated in small platforms and niches.

Information obtained from the National Institute of Anthropology and History (INAH)