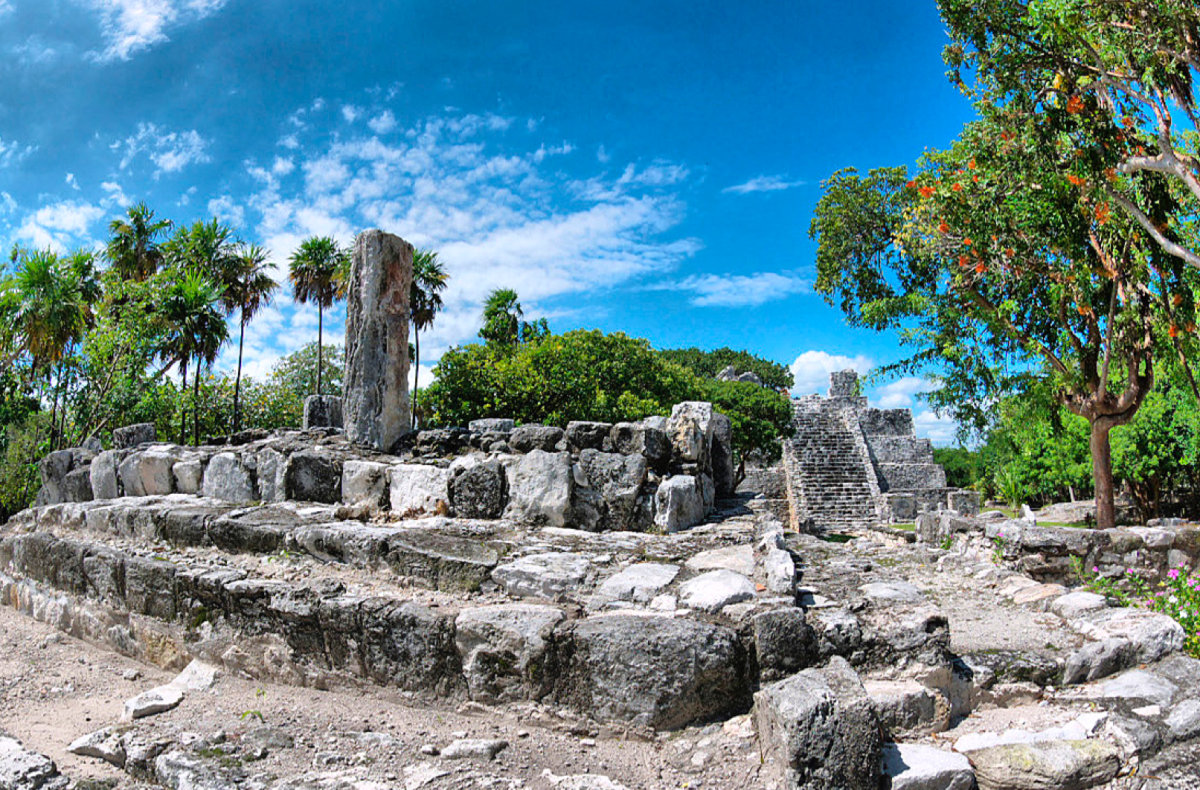 E-mail
1 / 2
2 / 2
El Meco is located on the north coast of Quintana Roo, right on the bay of Isla Mujeres, it is very likely to have had a relevant role in the Mayan navigation route along the entire coast. In its early stages, in the Late Classic period (600 - 800 A.D.), the settlement was linked to Cobá, as a fishing village of relative importance. The building known as "El Castillo" is the tallest in the region and from its top you can have a privileged view of the island of Cancun and its surrounding areas, which must have given it a strategic importance in pre-Hispanic times. Its port was the center of an important commercial activity and from there surely controlled access to the neighboring Isla Mujeres, which functioned as one of the most important sanctuaries of the Late Postclassic (1200 - 1500 AD).
Information obtained from the National Institute of Anthropology and History (INAH)