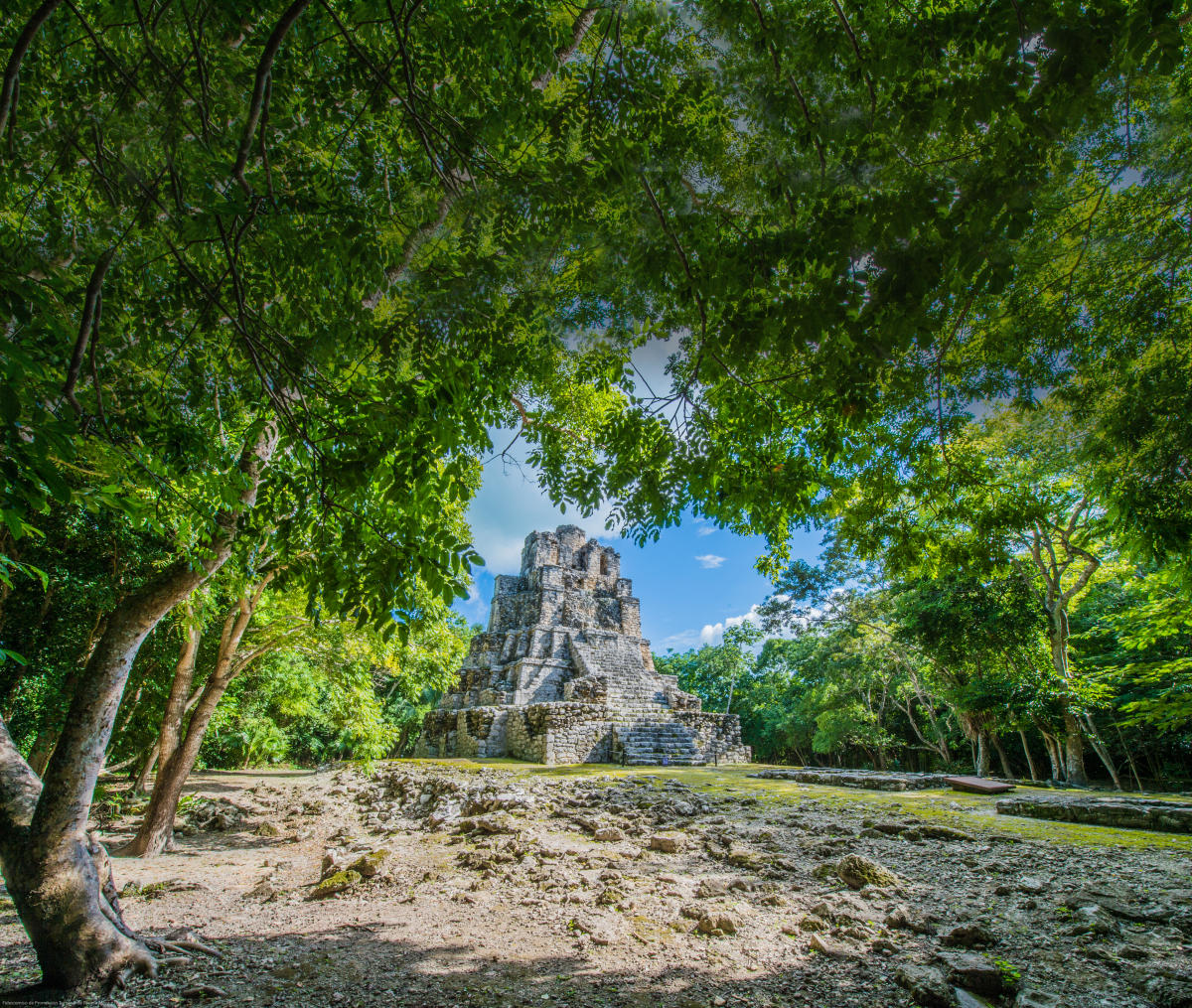 E-mail
1 / 3
2 / 3
3 / 3
It is a settlement that due to its geographical position maintained a long occupational continuity. The first material evidence corresponds to the late Preclassic (300 - 50 BC), when it would have had links with settlements in northern Belize and southern Quintana Roo, a relationship that is broken towards the late Classic, when it strengthens its relationship with the interior of the Yucatan Peninsula and has a significant population growth, which is related to the construction of some of the buildings that are preserved today. By the Early Classic period (250 - 600 A.D.), Muyil was already an important city in which important Petén-style buildings were constructed, such as El Castillo and the three basements of the Entrance Group. Due to its strategic location, towards the early Postclassic (1000 - 1200 A.D.), it maintained some contacts, first with Chichén Itzá, and later with Mayapán. In the late Postclassic (1200 - 1450 A.D.), most of the known buildings were built, and when the city gained great importance by inserting itself into the coastal trade networks of the Peninsula.
Information obtained from the National Institute of Anthropology and History (INAH)