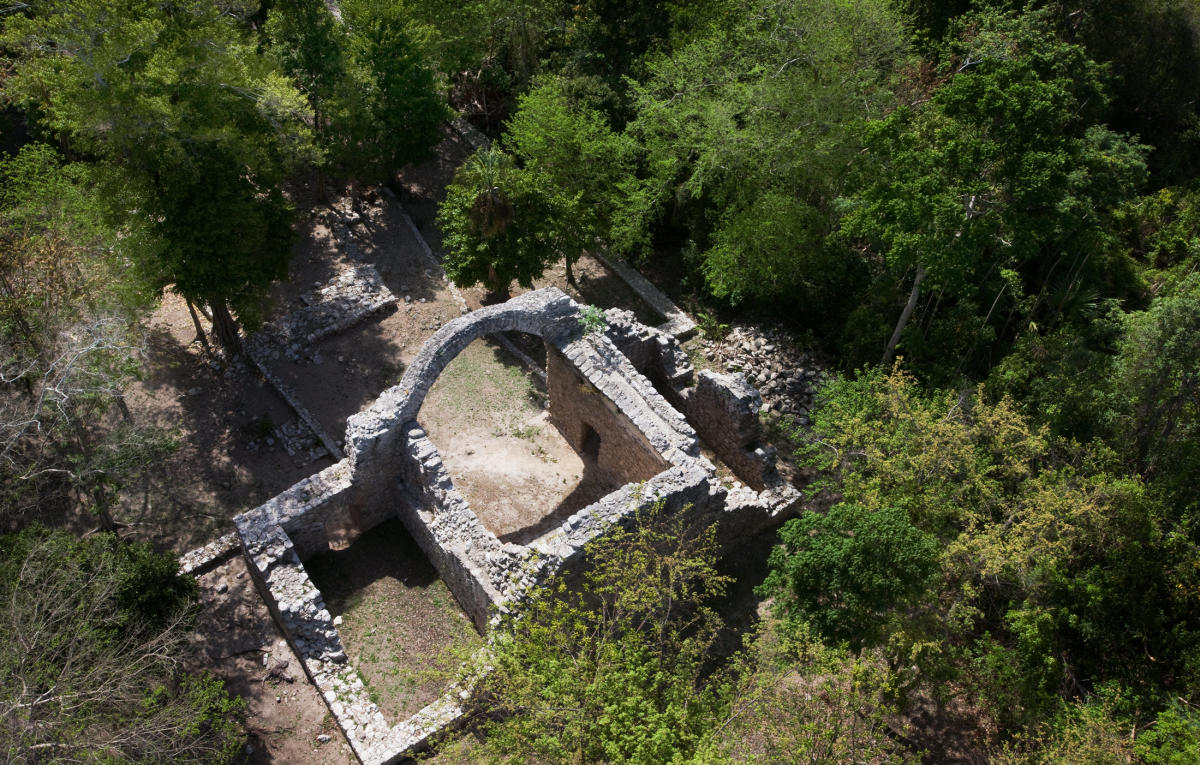 E-mail
1 / 4
2 / 4
3 / 4
4 / 4
The first Maya groups settled in Oxtankah around 600 BC, remaining there until 1100 AD. During this period, there were three moments of high population density: Late Preclassic (300-50 B.C.), Early Classic (250-600 A.D.) and Late-Terminal Classic (600-900 A.D.). The maximum prosperity of its socio-political system was reached during the Early Classic, when the ruling groups of Oxtankah served as rulers of the surrounding populations, reflecting their power even in the architecture. The dominant architectural design of the structures is of the Petén style: superimposed bodies with sloping walls, with rounded and tucked corners, whose essential element is the molding called "in apron". To supply themselves with fresh water, they built wells and chultunes, where they collected rainwater.
Information obtained from the National Institute of Anthropology and History (INAH)